Wine of the Month – September 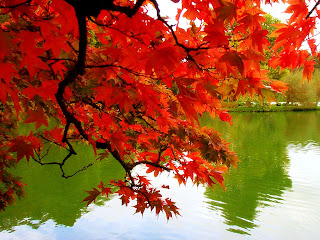 September is officially the beginning of autumn and whilst an Indian Summer this year is not completely out of the question, the start of the month has been more cold and wet than mists and mellow fruitfulness.

Â All three merchants have gone for a similar theme this month, with big, warm-climate reds to remind us that up until a week or so ago, we were perhaps on holiday in much sunnier climes.

The first wine is something of a benchmark – a Syrah from the northern Rhone.

Â Although the northern Rhone is Syrah’s spiritual home, these days you are more likely to encounter it as Shiraz from somewhere in the New World such as Australia, California or even New Zealand.

This Collines de Laure, a de-classified Cornas from the northern Rhone, is the most restrained on the nose of the three here and needs a bit of air to open up.

It is made by the somewhat controversial moderniser, Jean-Luc Columbo who favours modern techniques and less tannic grip than some.

Even after airing, it smells dark, inky and intense with smokey prunes, tobacco and pencil shavings.

On the palate, the texture is soft and smooth, almost slippery, but also dense with dark bramble fruit, dark cherry, blueberry and more pencil shavings.

The finish is a balanced mix of firm, muscular tannic grip and acidity.

At 13%, it feels like a big wine, but in an intense, concentrated way with no blowsiness.

It’s a very classy – and classical – wine, both the most technically adept wine here and still relatively young, and perhaps does not impress quite so much straight out of the bottle, but rather quietly comes into its own after a couple of hours in the decanter.

By contrast, the Macia Batle has a whole lot more going on – as you might expect from something made from five different grape varieties under the Mallorcan sun.

Two of the varieties, Callet and Mantonegro, are native to Mallorca whilst Syrah, Cab and Merlot make up the rest.

The nose is tarry with forest floor, toasty vanilla, peppery spice, a touch of burnt rubber and dark fruit aromas of blackcurrant and black cherries.

Â On the palate, there is more dark berry fruit, liquorice, eucalyptus and peppery, clove spice and it feels sweet and seductive with very gentle, rounded tannins and a soft finish.

Â It comes from Mallorca’s top D.O., Binissalem, which is both elevated and benefits from some cooling breezes which provide a degree of sophistication and keeps it from being overly baked.

No such restraining influence applies to the last wine; if the first two were “marry” and “snog” respectively, this one is “Hey baby, take a walk on the wild side”.

Described as “a bit bonkers” by Bacchanalia’s Paul Bowes, it is a single varietal Grenache from Australia’s Langhorn Creek – with a whopping 15% alcohol.

Originally from northern Spain / south-west France, Grenache is a grape that likes the heat, but is mostly blended with other less-than-noble varieties into a blend.

To me, it is a great big, bubbly, blowsy Essex-girl of a grape that wants to show you a good time.

On the nose there are cooked, jammy fruits whilst the palate feels baked with mulberry and lots of ripe fruit sweetness.

And yet it stops just short of being overly jammy – there is also some dark peppery spice and tannic grip on the finish.

Overall, despite all its exuberant excesses, this is a wine in balance – the vineyard is cooled by ocean breezes in the afternoon and the grapes are harvested in the morning when temperatures are cooler.

However my wine of the month is the Macia Batle Ananda for having so much going on plus a deliciously soft, sweetness on the palate.

What’s more, how often do you get to buy a Mallorcan wine ? And if you do only ever buy one, it should be this.

Â All three wines benefit from at least a bit of air, whilst the Syrah has significant cellaring potential.

All should match well with dark meat – simple roast beef for the Syrah, and perhaps something more gamey such as boar or venison for the two others (the Grenache, in particular, will stand up to some sort of fruit sauce with the meat, too).