Wine of the Month – April 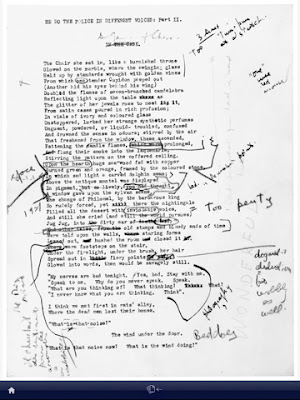 APRIL is the cruellest month, breeding

Lilacs out of the dead land, mixing

A little life with dried tubers.

These days, I measure the time since I studied TS Eliot’s free verse masterpiece on dusty middle class ennui and spirituality, in decades rather than years.

April is also the month of Easter, the most important festival in the Orthodox calendar, origin of the term “movable feast” and a Pagan fertility / earth re-birth celebration.

These days we may celebrate it by hiding chocolate eggs in the garden for small children to find, but for the ancients, the first signs of a return of the fruitfulness of the land after winter was a cause to rejoice and give thanks to their Pagan gods.

My own bar-stool philosophy is that it must have originated around the end of the last Ice Age when the arrival of spring was a long-awaited event whose outcome was anything but certain and when each winter must have felt like the threat of a return to permafrost.

These days, it is a long time since economic cycles followed the calendar year and in any case, its probably still too early to give thanks to the gods of the free market economy for the return of growth.

A curiousÂ blend of 40% Tempranillo, 20% Cabernet Sauvignon, 20% Syrah and 20% Merlot from slopes of the Sierra de Gador Mountain range in the Alpujarra region of Granada, in Spain, this wine is dark purple in the glass with little suggestion of age.

On pouring, there is a nose of dark fruits and spice; the palate showsÂ lots of sweet, ripe elderberry, plum and black cherry, spice, liquorice and hints of beeswax, leatheriness and undergrowth.Â It is soft andÂ inky with aÂ mouthfilling texture, liquorice and spice on the finish.

ItÂ is a big, effusive personality with a hint of a dark side; my only slight reservation – and it’s a very personal one – is that with so many noble grapes in the blend, it feels a bit like a rock supergroup, with various different varietal characteristics vying for the limelight; at times the cassis of the Cab dominates, at others the plumminess of the Merlot and then there’s the elderberry inkiness of the Syrah.

There’s scant information on the label; it’s a Vin de Table de France, pretty much the lowest classification there is, but a few tweets from Stewart Travers tell me that it’s 100% Cinsault from St Chinian, 20yo vines, schisty soils and made by J-M Rimbert.

The only other bit of information on the label is the 11% alcohol and holding the bottle up to the light, I can see the wine is very pale.

In the glass, its the colour of Ribena – I’ve had darker Beaujolais and Pinots than this. On the nose, there is soft red fruit, cherries and a hint of Pinot-esque woody undergrowth.

Mrs CWB pronounces it “studenty”, meaning light, quaffable and easy to drink with pizza on the sofa in front of the telly.

I think that undersells this curious wine a little – neither a blockbuster nor an up-front crowd-pleaser, it is elegant, delicate and well-made; light and fruity with low tannins and good acidity, it would work well for drinking in the garden or with tomato-based pasta dishes, such as a spaghetti pomodoro.

La Bascula is a joint project involving a British ex-wine merchant who just happens to be a Master of Wine and a South African wine-maker.

Based in Terra Alta, which is apparently somewhere near Barcelona, their Catalan Eagle is a curious mixture of the local but unusual Garnacha Blanca and the more well-known but decidedly un-Spanish Viognier.

Golden in the glass it has a peachy nose with hints of toasty yeastiness and roasted peach skin.

The palate is full of sweet ripe yellow stone fruit, with a peachy texture and a mouthfilling, rounded acidity.

The palate and finish are long, savoury and persistent.

It feels both exceptionally well-made – with great balance and superb depth of flavour – and also very more-ishly drinkable. Match with meaty fish such as salmon.

Named â€˜Two Stonesâ€™ after the granite and schist in the soils in Portugal’s Portalegre region, this is an unoaked blend of the international varieties Syrah and Viognier withÂ the native Tourga Nacional. As a result, it feels rather less distinctly Portuguese than something made purely from local varieties.

Straight from the bottle there is elderberry and black cherry fruit, liquorice, dark roasted spices and tar.

The palate feels inky yet custardy with ripe, sweet black cherry and prune, a slap of leather, some dark spice and a pleasing streak of sour cherry acidity.

On the second day, it seems to have become more understandable and turned into something approaching a classic Syrah Viognier; there is inky, ripe-elderberry-and-pencil-shavings from the Syrah whilst the Viognier adds a peachy texture and perfume on the finish; overall, it feels more harmonious and balanced now, and also more approachable.

By the third day, it is the turn of the Touriga Nacional and the port-like eucalyptus dominates.

Either of the Iberian reds would work well with some roast lamb for Easter, and the Cousin Oscar would be a good garden sipper if we have an early heatwave, but for me the most accomplished and enjoyable wine is the Catalan Eagle for its instant appeal withÂ subtly effortless complexity and sophistication.

Tom Lewis is a wine writer and educator from Cambridge with a particular interest in Austria and France. His comments have been published on JancisRobinson.com, Local Wine Events, as well as in the local press in his hometown of Cambridge, UK. When it comes to buying wine, Tomâ€™s philosophy is to buy as close as possible to where it comes from. He writes a regular blog, the Cambridge Wine Blogger which launched in 2009 and is a presenter for the Cambridge Food and Wine Society. To read more of Tomâ€™s work, please check out cambridgewineblogger.blogspot.com
View all posts by Tom Lewis →
Tagged cambridge, wine. Bookmark the permalink.

2 Responses to Wine of the Month – April