New Research: What Can Our Genes Tell Us About Alzheimerâ€™s?

Weâ€™re often asked how genetic Alzheimerâ€™s is. If a parent or grandparent has the disease, how likely am I to get it too?

We know that around 99% of cases of Alzheimerâ€™s are not directly inherited â€“ theyâ€™re caused by a complex mix of age, genetic risk factors and lifestyle.

But for a small number of families in the UK, the disease is directly inherited and caused by a faulty gene (or â€˜mutationâ€™) that can pass from parent to child. People with these mutations tend to develop the disease at an earlier age â€“ in their 30s, 40s or 50s. Through their drive to change the future for their own families and for others, these individuals have already changed the face of Alzheimerâ€™s research for everyone. And this week, more research has been announced from researchers at UCL (University College London), shedding light on the biology of the disease.

Your support for our work has helped to make this discovery possible.

Back in 1991, Prof John Hardy â€“ now based at UCL â€“ was part of the team that discovered a mutation in a gene called APP was behind some of these familial cases of Alzheimerâ€™s. Since then, two other mutations have been found in genes called PSEN1 and PSEN2. But these mutations are really just minor spelling errors in the DNA code of a gene that is already hundreds of letters long. How can such a small mistake have such an enormous impact on someoneâ€™s life?

To find out more, the team led by Prof Nick Fox, studied clinical and genetic information from over 60 families affected by these rare forms of Alzheimerâ€™s. The families included in the study carried mutations in either the APP or PSEN1 gene, which together account for the majority of cases of familial Alzheimerâ€™s. 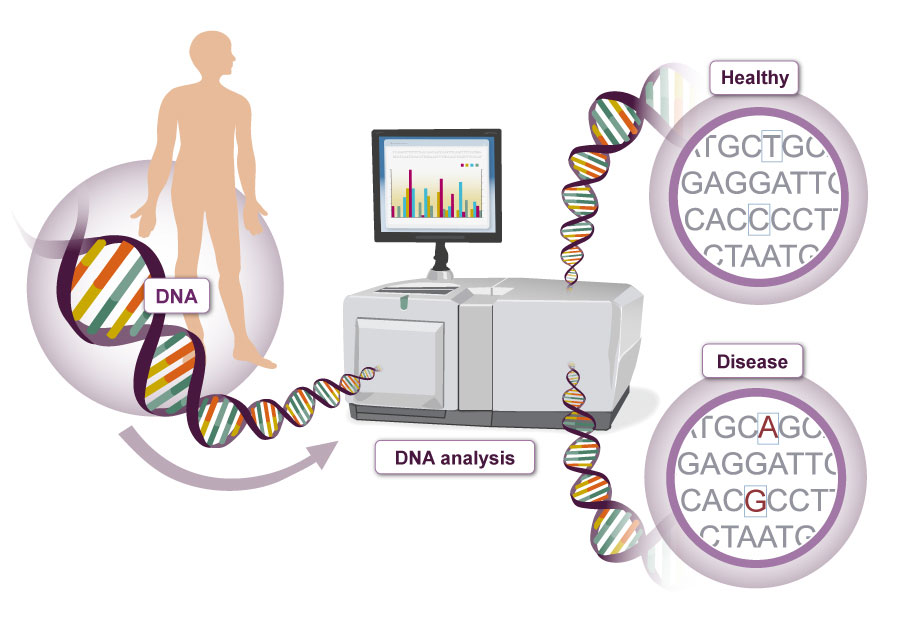 The team mapped exactly where the errors were in each genes in an individual and then looked to see if this was associated with factors such as the age that person developed the disease or their first symptoms. They wanted to see whether these genetic changes were responsible for influencing the variety of symptoms experienced by people with these forms of Alzheimerâ€™s and at what age.

The researchers found that people with the PSEN1 mutation tended to develop the disease at a younger age than those with the APP mutation â€“ around 6 years earlier, in fact. They also discovered that while people with both mutations were likely to have memory problems as their earliest symptom, a subset of those with PSEN1 mutations had symptoms other than memory, such as behaviour or language problems, as their initial symptoms.

Delving into more detail, the researchers were even able to unpick specific areas of the gene where mutations could influence how a person experiences the disease. For example, when these spelling errors happened earlier in the sequence of the PSEN1 gene, people tended to develop the disease at a younger age than those with mutations further along the gene. However, clusters of mutations found further towards the end of the gene were more likely to be associated with more atypical symptoms.

This discovery shows the huge power of these genetic changes in dictating the experience that a person with familial Alzheimerâ€™s may have. Understanding how such small changes can have such influence is key.

This study highlights what researchers call â€˜reverse translationâ€™. By tracking back from the end of the condition â€“ the clinical features of the disease â€“ right to its exact genetic cause, they can shape fundamental research into the biology of the disease. Thanks to over 25 years of research studying families with these mutations, the London team has now identified key parts of these genes that influence how the disease develops and manifests, opening doors to new areas of research to tackle the condition.

As Prof Fox says in a podcast for the Lancet Neurology, where these findings were published last week, â€˜families with familial Alzheimerâ€™s have so much to tell usâ€™. Theyâ€™ve already helped shape our understanding of the biology of all forms of Alzheimerâ€™s and there is more they can still tell us. These families are now involved in ongoing drug trials as well as continuing to shape research progress by generously allowing researchers to follow them over their lives.

Alzheimerâ€™s Research UK Supporter Sophie Leggett is part of a family affected by one of these inherited Alzheimerâ€™s mutations. Last month, she shared her hopes from getting involved in research like this, on this blog.

â€œWhen Mum died, we arranged for her brain to be donated to the brain bank for research into Alzheimerâ€™s and somewhere in that process I realised that I had an opportunity to make some kind of difference to the future of everyone who may develop Alzheimerâ€™s. It was as if a lightbulb had been switched on and I had found something priceless â€“ HOPE!â€