Looking to the Future

I recently attended Alzheimerâ€™s Research UKâ€™s event at the Conservative party conference â€“ â€œLooking to the future: Innovative approaches in the fight against dementiaâ€. I was impressed with some of the creative ways the charity is raising awareness and highlighting the power of research to defeat dementia.

A look at just some of the statistics around dementia makes it clear why research is such a vital area of focus. There are 850,000 people living with dementia in the UK today, and more than 24 million people know a family member or friend with the condition. As our population ages, these numbers will only grow. 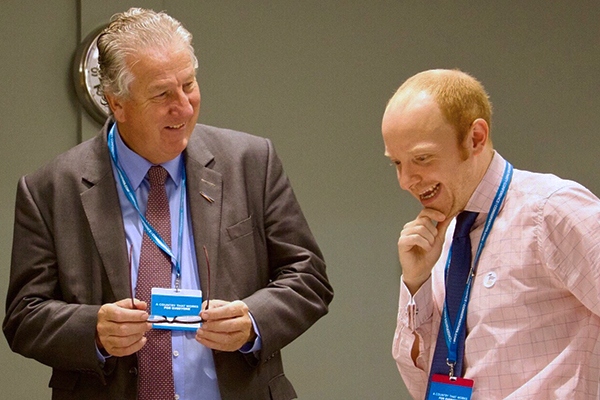 This Government has significantly increased investment in dementia research, doubling funding over the last 5 years and launching a Â£250m Dementia Research Institute in conjunction with Alzheimerâ€™s Research UK and the Alzheimerâ€™s Society, aimed at becoming a world leading centre of excellence. We should all take pride in the fact that the UK has become a world leader in dementia research in recent years, but at the same time we mustnâ€™t grow complacent. Thatâ€™s why, earlier this year, we set out an Implementation PlanÂ for meeting the aims of the 2020 Challenge on Dementia.

The apps I saw at ARUKâ€™s event reflected two of the key priorities within this plan â€“ improving awareness and understanding of dementia and building dementia research capacity. A Walk Through Dementia is a virtual reality app which uses a mobile phone and a Google Cardboard headset to help you see everyday life through the eyes of someone with dementia. It provides insight into the often frightening and unsettling reality people with dementia experience every day. I hope apps like these will increase awareness of the condition while challenging the stigma around it. 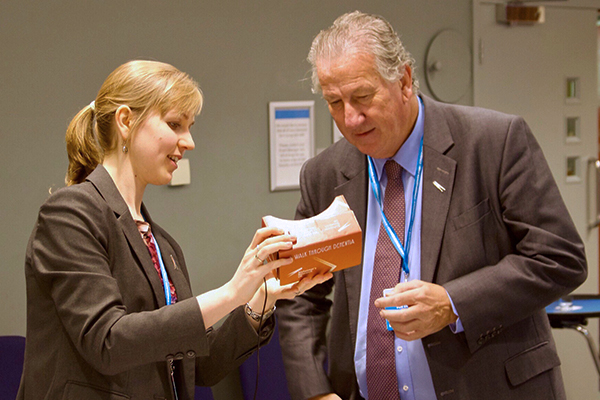 Sea Hero Quest is a free smartphone navigation game that lets you rewrite the rules of dementia research. As the user navigates through the game it collects useful data, helping researchers understand how navigation abilities can change in the healthy brain across life.

Delivering better research is a fundamental part of the 2020 Challenge on Dementia. The National Institute for Health Research (NIHR) has already worked with Alzheimerâ€™s Research UK, Alzheimerâ€™s Society and Alzheimer Scotland to create Join Dementia Research, a service that allows people to register their interest in participating in dementia research and be matched to suitable studies. In September we announced that dementia research funding would be increased to over Â£45 million through NIHR, to make sure the UK remains at the forefront of medical research.

A great deal has been achieved since the launch of the first Prime Ministerâ€™s Challenge on Dementia in 2012, but now weâ€™re looking to the future â€“ building on the progress we have already made to ensure that one day, nobody will have to fear this devastating condition.