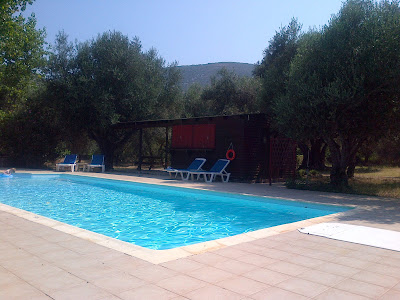 Earlier this year, inspired by a tasting of Greek wines, I decided to take the CWB family on holiday to a Greek island.

Eschewing the prospect of being just another tourist in some large, beach-front hotel floating on a lilo in the pool by day and eating at identikit tavernas every night, I arranged for us to stay at a secluded, olive grove with just six bedrooms, a pool and breakfast on the terrace.

Ironically, despite studying classics at school, it was my first trip to Greece except for a very brief business trip to an anonymous suburb of Athens a few years ago.

So if like me, you are a Greek novice, here is a basic guide to visiting Kefalonia.

Gentilini Retreat, a 20ha olive grove in the hills above Argostoli, converted into six bed-and-breakfast bedrooms and a pool with a view of the mountains. You’ll need a hire car to get around. 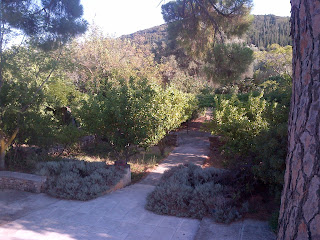 All the big name car hire companies are on the island, plus plenty of local ones, which tend to be cheaper, such as Pefanis. Book well in advance to get the best prices. 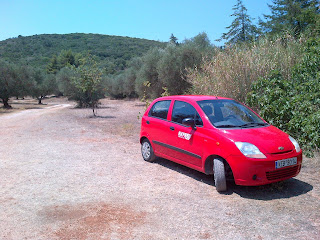 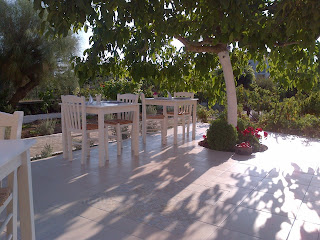 To Castro at St George’s castle, the hilltop, former capital of the island just outside modern-day capital Argostoli, serves well-made home-cooked Greek food, with great views as well (the views at next-door Palatino are even better, the food less so). 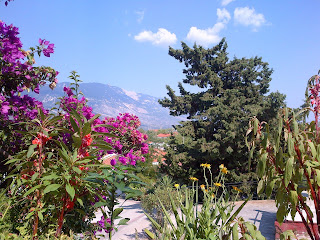 Kiani Akte a seafood restaurant over the water in Argostoli; meat dishes can be a bit basic, but their fresh seafood is some of the best. 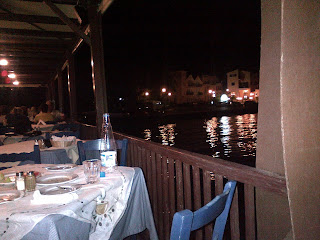 The island’s native grape variety is Robola – citrussy and elegant with a minerally, white pepper finish. Pure white limestone soil makes for elegant wines, the best are from vineyards cooled by sea breezes or altitude. 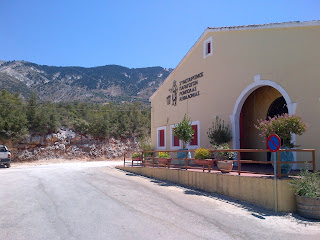 The biggest producer is the Robola Co-operative, the best is Gentilini. Both do tours and cellar door sales. 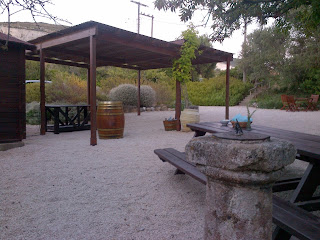 Also look out for dry red Mavrodaphne (more commonly made sweet on Patras).

Mythos beer is strong, malty and crisp – it goes perfectly with a plate of pork souvlaki.

Myrtos is beautiful and perhaps the most famous (it was used for a scene in Captain Corelli), but not necessarily the most accessible and has a strong rip tide. 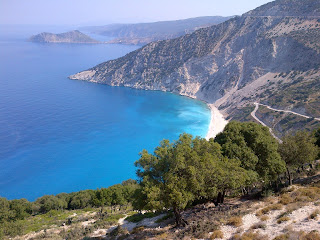 Beaches with lots of golden sand and shallow water are plentiful; two of the best can be found at either end of the airport at either Ammes or Minies.

With much of the island destroyed by an earthquake in 1953 and only a few remains from classical antiquity, Kefalonia is a better place for relaxation than full-on sight-seeing.

The island’s mountainous landscape and winding roads are perhaps its most interesting feature, so the drive can be as much of the trip as the destination.

St George’s Castle is a ruined hilltop fortress that was formerly the island’s capital (allow 1 hour, plus time for a meal).

For even more spectacular views, journey up to the highest point on the island, Mt Enos 1,682m high (allow 2 hours for the drive up and down – longer if you want to go for a walk at the top). 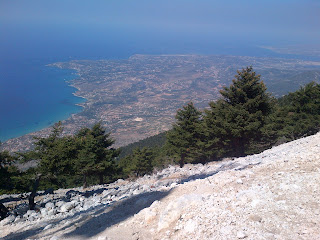 St Gerassimo Monastery – now rebuilt, it is incongruously both ancient and modern. It features the body of the eponymous saint in a glass case (allow 30 mins). 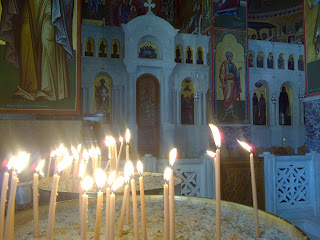 Robola Co-operative – next to the monastery, this is the largest wine producer on the island and specialises in the island’s native grape, Robola. There is an opportunity to walk around the winery and taste some of the wines (allow 30 mins).

Melissani Lake – an underground lake some 20,000 years old whose roof fell in around 5,000 years ago. Nowadays accessed via a walkway cut through the rock in the 1960s. Allow 30 mins for the visit plus time to see the water flowing out into the sea at Karavomylos and time for a meal on the sea-front.

A short drive through Sami takes you up a hill to an ancient hilltop citadel – now mostly ruins but partly restored (allow 30 mins to walk up and take in the views, more if you have a picnic up there or want to explore).

Gentilini Winery – a few kilometres from the retreat, the winery is on a cliff edge with views across the sea to Lixouri. Allow an hour or more for a guided tour and tasting with owners Marianna and Petros or wine-maker Chris Carter.

Fiskardo – a pretty fishing village at the northern tip of the island, it was unaffected by the earthquake, but has inevitably become something of a tourist magnet (allow 2 hours to wander round, browse shops and have a coffee). 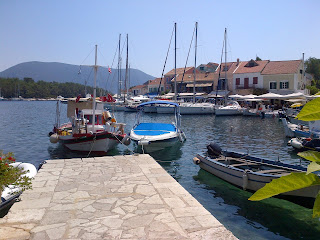 Assos – another hilltop castle set on a spur, but you’ll need to walk the 2km up to this one. Allow an hour to wander round the beaches and harbour of Assos and a couple of hours to walk up to the castle.

The stars – with almost no street lights, the sky over Kefalonia is beautifully clear. Greeks tend to eat out after dark, when it is cooler and the wasps have gone home, and we would typically sit out for a while whenever we got back just listening to the cicadas and looking up at the sky.

If they tire of beaches and sandcastles, take them to:

Prokris – an outdoor playpark in Mazarakata open from around 7:30 in the evening. Adults can enjoy beer and, on Saturdays, souvlaki straight from the grill. 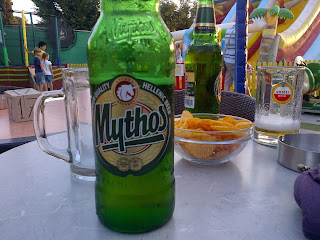 Ionian Sea Hotel and Waterpark – take the “Turkish Slipper” ferry from Argostoli to Lixouri, follow signs to Xi beach, then turn off to the water park, an outdoor swimming pool with 5 slides, plus sun loungers for those who just want to relax. 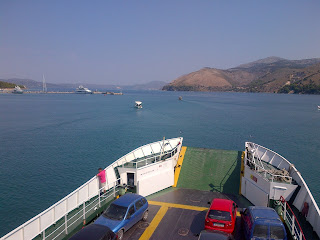 The ferry departs every half hour and takes half an hour – allow a whole day for the entire trip.

There’s plenty more that we did not have time to do – but that’s the point of a holiday; always leave something to come back to.

Tom Lewis is a wine writer and educator from Cambridge with a particular interest in Austria and France. His comments have been published on JancisRobinson.com, Local Wine Events, as well as in the local press in his hometown of Cambridge, UK. When it comes to buying wine, Tomâ€™s philosophy is to buy as close as possible to where it comes from. He writes a regular blog, the Cambridge Wine Blogger which launched in 2009 and is a presenter for the Cambridge Food and Wine Society. To read more of Tomâ€™s work, please check out cambridgewineblogger.blogspot.com
View all posts by Tom Lewis →
Tagged food, greece, travel. Bookmark the permalink.