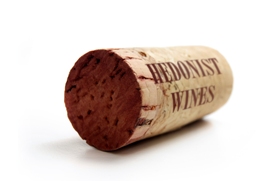 I first came across Hedonist Wines when owner Anthony Jenkins got in touch after reading an article of mine in the local press in Cambridge.

We exchanged emails and I agreed to review a couple of his wines and was reasonably impressed, so I later arranged for him to give a presentation to the Cambridge Food and Wine Society.

The tasting took place this weekend and in the interim, Anthony has gone from being something of a hobbyist with a “real day-job” to having wine-retailing as his main activity, so clearly something has worked well.

Whilst Hedonist remains a small operation, perhaps what is most interesting about it commercially is that the business model involves buying directly from producers, by-passing the traditional importer-distributor networks; of itself, that is not especially innovative, but it does seem to be part of a growing trend of new, small-ish wine concerns working directly with producers from Europe.

Clearly, the rise of budget airlines, improved, lower-cost communications technology and a more developed logistics industry have a role to play in this, but Hedonist’s price range, mostly priced at a little over Â£10, says something about wine-drinking habits in the UK.

The wines themselves are sourced from individual producers, mainly in the better-value parts of classic European regions, and the limited list is essentially a reflection of Anthony’s palate and preferences; he describes his typical wine as the sort of wine you enjoyed on holiday from a small, local producer.

All the wines are exclusive to Hedonist and we started with a CrÃ©mant de Bourgogne from Domaine Joussier; made from 100% Chardonnay from the CÃ´te Chalonnaise – geographically in the middle of Burgundy – it had a crisp nose with yeasty brioche aromas.

The palate shows ripe apple and pear fruit with a fine mousse – it feels elegant and well-made if light and not overly complex. It would make a good aperitif or celebration wine and at Â£11 is reasonable value for a classic French wine with bubbles in.

Next was a 2009 CÃ´te Chalonnaise “En Reviller” from the same producer which had spent three months in oak – with ripe orchard fruits on the nose, it felt rounded and creamy on the palate with fresh apple and pear fruit and a minerally finish with just a touch of oaky buzz.

This was followed by something more unusual – a white Rioja Caecus VerderÃ³n 2010 made from 100% Viura with 3 months in oak. Pale straw coloured in the glass, it had a similar profile to the previous wine with ripe pear fruit and a toasty creaminess on the palate, but felt bigger and fuller.

The first red was a Burgundy, a 2008 Mercurey from Joussier – I was a little bit blind-sided by this wine; it is quite dark in the glass for a Pinot and shows aromas of ripe berry fruit, but with none of the typical Burgundian mushroomy, truffley undergrowth I had hoped for.

With good, primary fruit and a depth of flavour it was perhaps more typical of a good Beaujolais than a Pinot – very balanced and enjoyable as a wine, but just not at all what I had expected.

The 2008 Rioja Crianza from Caecus was surprisingly oaky but had a soft, smooth texture with cherry fruit, spice and liquorice on the nose and a grippy finish.

The 2006 Reserva, also from Caecus, had a degree more alcohol and more intense aromas on the nose as a result, as well as more complexity – dark purple in the glass, it shows berry fruit, liquorice and spice and feels riper and more perfumed. On the finish, it feels to have a better balance of fruit and grip.

The two final reds were both from Panizzi, based in Tuscany – the first, a 100% Sangiovese Chianti Riserva 2008, was purple in the glass with a hint of aged brick red; the nose is ripe with dark berry fruit, whilst the palate shows plummy fruit with a distinct smokiness.

An easy-drinker, it feels soft, rounded and mellow.

The Folgore 2003 “Super Tuscan” was a noticeable step-up; with small amounts of Cab and Merlot in the blend, it is labelled as a humble rosso, but was the most complex wine of the night, albeit the priciest at Â£16.

Intended to be aged for up to 20 years, the 2003 has only just been released. Inkily dark in the glass with an aged brick red rim, the nose shows forest fruit aromas. On the palate it feels mellow, muscular and complex, with good juicy acidity and grip.

For me, all the wines were well-made and, as a minimum, pleasant and drinkable even if few were really impressive.

There was no clear consensus either on our table or at the event generally on which ones were most popular – which is perhaps a good sign – but there were plenty of orders made at the end of the event.

And whilst I would happily drink any or all of these wines again, for me, the best was the Panizzi Folgore 2003.

Tour de Belfort: The Challengeâ€ (and an offer)
Question Time at Addenbrooke's

Tom Lewis is a wine writer and educator from Cambridge with a particular interest in Austria and France. His comments have been published on JancisRobinson.com, Local Wine Events, as well as in the local press in his hometown of Cambridge, UK. When it comes to buying wine, Tomâ€™s philosophy is to buy as close as possible to where it comes from. He writes a regular blog, the Cambridge Wine Blogger which launched in 2009 and is a presenter for the Cambridge Food and Wine Society. To read more of Tomâ€™s work, please check out cambridgewineblogger.blogspot.com
View all posts by Tom Lewis →
Tagged cambridge, wine. Bookmark the permalink.

One Response to Hedonist Winesâ€ at Cambridge Food and Wine Society