In 1950, six nations made a deal to tie their countries together politically and economically to try to prevent another war breaking out in Europe. The UK joined them in 1973, during the first wave of new country admissions, to what had become the European Union.

Today, the EU is made up of 28 countries with a total population of more than 500 million people, and on 23 June, the UK public will be deciding whether to continue to be a Member State.Â  EU membership can be a controversial topic, with any number of positive and negative considerations, but it is noteworthy that EU has had a big impact on dementia research. 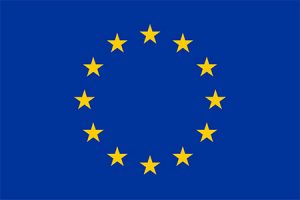 The EU is made up of 28 countries with a total population of more than 500 million people.

Alzheimerâ€™s Research UK isnâ€™t taking a stance in the referendum and recognise that there are many aspects of our relationship with the EU that voters will be considering. But in order to make an informed decision, voters should be aware of the impacts on subjects they care about, so we have outlined the implications of EU membership on dementia research to share with supporters. This topic gets less media attention than some others in the debate about the EU, yet the effect of being part of the EU on scientific research, and particularly small fields like dementia, is large.

Dementia is one of the greatest health challenges of our time, with one person every three minutes developing the condition in the UK and 9.9 million people developing dementia globally each year. Following the G8 dementia summit in 2013, the Prime Minister and G8 leaders set out an ambition to â€˜find a cure or disease modifying treatment by 2025â€™, and this was a huge step in the right direction. But dementia research is a relatively small field tackling an enormous challenge, and our researchers are continually facing limited opportunities and career uncertainty compared to other disease areas.Â  Leading the discovery of a disease modifying treatment will require the UK to make use of every opportunity to access funding and develop the leading minds in the field.

So how does our membership of the EU affect dementia research?

The UK is a leader in dementia research, funding more in the area compared to other diseases than any other EU member state. However, dementia researchers in the UK have also been given additional funding from the EU for innovative projects. The EUâ€™s Seventh Framework Programme, or FP7, awarded UK academic researchers â‚¬947 million between 2007 and 2013. This was the largest award given to any EU country, and included funding for early detection methods for Alzheimerâ€™s disease and other dementia research projects.

Collaboration in research projects is essential to ensure the best minds are sharing ideas and insights, particularly in a small research field such as dementia where expertise is spread across many countries. Â Research grants through the EU have allowed some of the most talented and innovative researchers in the field to work together, all under the same funding programme. For those from outside the EU, itâ€™s a much more complicated process to apply to work on a research project in Europe and receive funding for it. Â The results of these opportunities are initiatives like the Joint Programming on Neurodegenerative Diseases (JPND), involving 23 countries in the harmonisation of biomarkers in clinical research to help researchers make comparisons of their results in the future.

The EU makes unique resources available for researchers that have potential to advance fields like dementia. Collecting data is challenging in scientific research, particularly within the dementia research field as it takes several years to study the effects of dementia. There are lots of programmes to increase collection and improve data analyses underway, with some receiving EU funding to create cross-country data archives and large patient groups for research and clinical trials, such as IMIâ€™s EMIF-AD Â and EPAD projects. The EudraCT database has data for all EU clinical trials since 2004, monitored by the European Medicines Agency, making it a significant source of information for researchers.

As dementia research moves closer to developing disease modifying treatments, the role of the private sector becomes an increasingly important one.Â  Acrossâ€“the-board regulation and market access provides a significant incentive for the pharmaceutical industry to engage with UK research and take forward drug development. The UK on its own is only 3% of the global market for biomedical science, whereas Europe is the single biggest market. There are also strict standards for the use of cells, blood, tissue and animals which are enforced across the EU, and which the UK has played a leading role in creating.

The UK has been effective in influencing the development of EU policy for scientific research, and pressure from the public and charities like Alzheimerâ€™s Research UK have improved the research environment not just in the UK, but also elsewhere in Europe.Â  The standards for the inclusion of animals in research, for clinical trials, and the use of health data for research have all been successfully influenced by the UK medical research sector.Â  For dementia research, the ability to influence EU policy has resulted in better decision making that has supported the UK environment.

There are many factors influencing each personâ€™s voting decision, and the role that EU membership has played in dementia research is only a small part of the spectrum of areas that would be affected, both for better or worse. A different relationship between the UK and the EU may be able to support many of the same outcomes, but it is impossible to predict at this point in time.Â  What is evident is that the UK has world-leading dementia research that will continue to move forward.Â  If the UK is no longer a part of the EU, that will still be the case, but it will be critical to ensure that the environment cultivated up until now does not falter and every effort is made so that no opportunity to bring us closer to a treatment is lost.